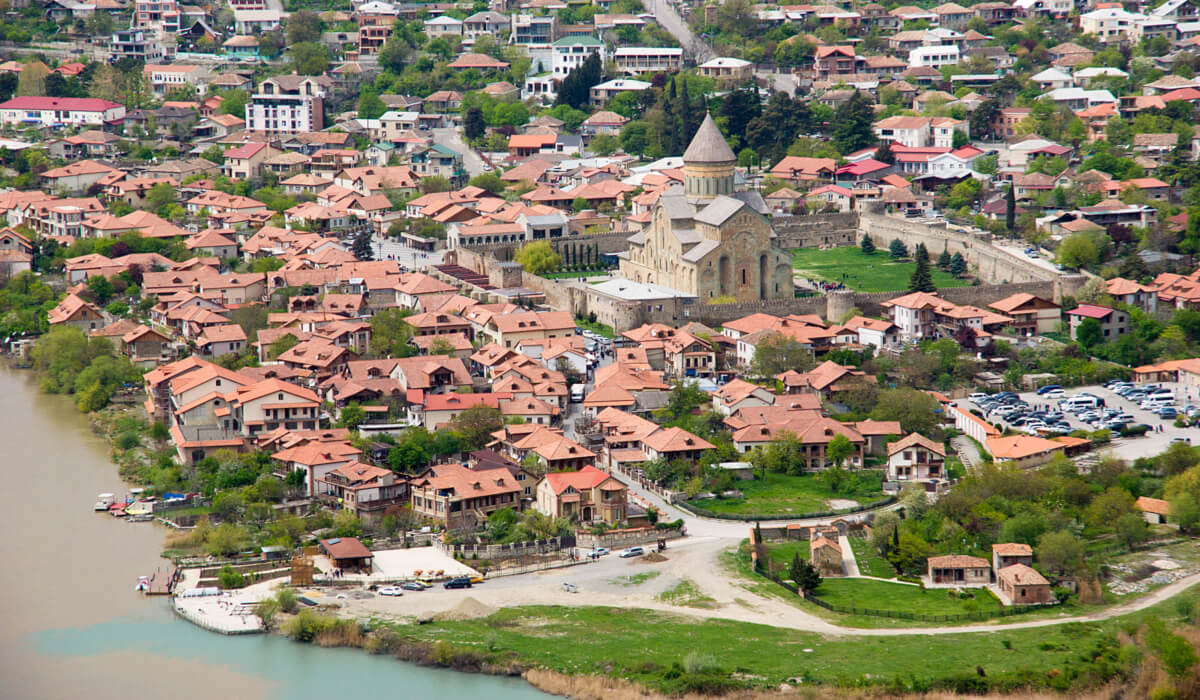 Mtskheta is one of the oldest cities in Georgia, located just 6 km north of Tbilisi at the confluence of the Kura and Aragvi Rivers.
It is believed that the city was founded in the 5th century BC. The eldest son of King Kartlos, Mtskhetos, settled at the confluence of two rivers and named the settlement his own name. In the beginning of our era Mtskheta became the capital, and in the 4th century the main events related to the baptism of Georgia took place here.

Jvari - Georgian monastery and the temple of the first half of the VII century. Located at the top of the mountain at the confluence of the Kura and Aragvi near Mtskheta - where, according to historical sources ("Appeal of Georgia", "The Life of Kartlian Kings"), the holy Equal-to-the-Apostles Nina crossed. Built at the top of a rocky massif, the church serves as its organic completion and the center of the entire surrounding landscape. 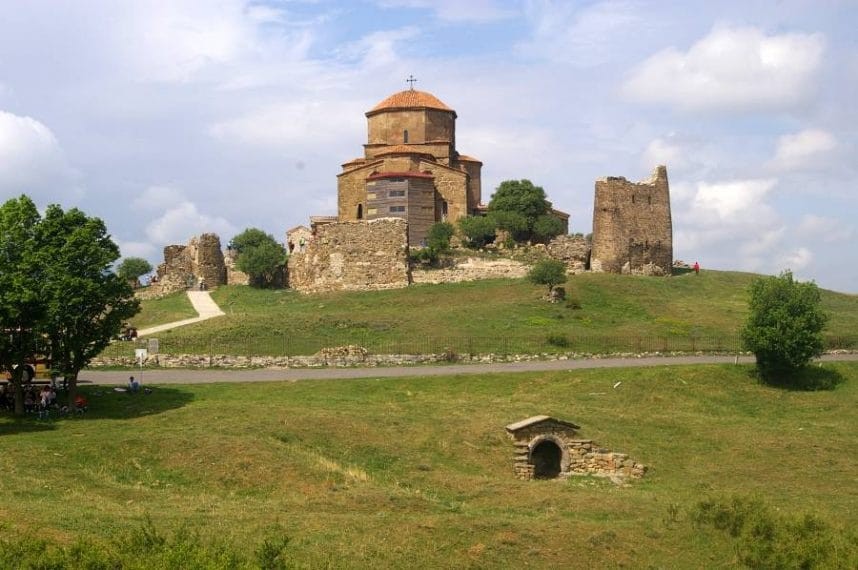 The Svetitskhoveli Cathedral is a Georgian Orthodox cathedral located in the historical city of Mtskheta, Georgia, 20 km north-west of Tbilisi. Svetitskhoveli has long been the main temple of Georgia and remains one of the most revered places to this day. It was here, inspired by Saint Nina's preaching, the first Christian king of Georgia, Mirian, was baptized. The place for the baptism of the king was not chosen by chance. The tradition of the Georgian Church has preserved the memory of the presence here of the greatest shrine of the Christian world - the Chiton of Our Lord Jesus Christ.

Svetitskhoveli absorbed the whole history of Georgia. Many of its kings and patriarchs are buried here, including the kings Vakhtang Gorgasali, Irakli II, who signed Georgievsky's treatise on Russia's patronage over Georgia, and the last Georgian king, Georgii XII. Here the intonation of the current Catholicos-Patriarch of All Georgia Ilia II took place. 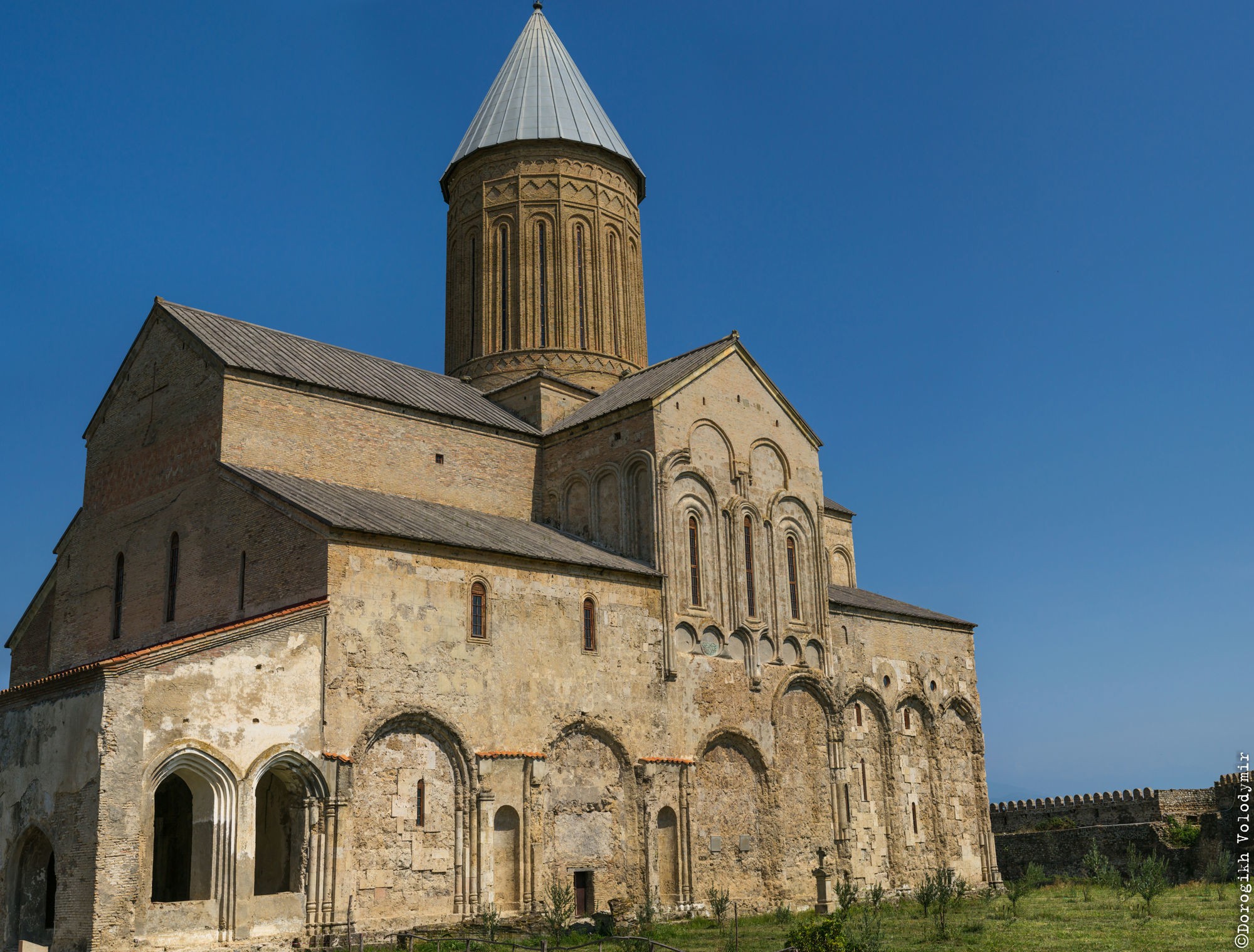 Shiomgvime - Shio-Mgvimsky Monastery is a medieval monastic architectural complex in Georgia, not far from the city of Mtskheta. It is located in a narrow limestone gorge on the north bank of the Mtkvari (Kura), about 30 km from Tbilisi's Georgian capital.
According to historical tradition, the first monastic community in this place was founded in the 6th century by the monk Shio, one of the thirteen Assyrian fathers who arrived in Georgia as Christian missionaries. Saint Shio spent his last years, a hermit in a deep cave near Mtskheta, later named Shiomgvime (Cave Shio). 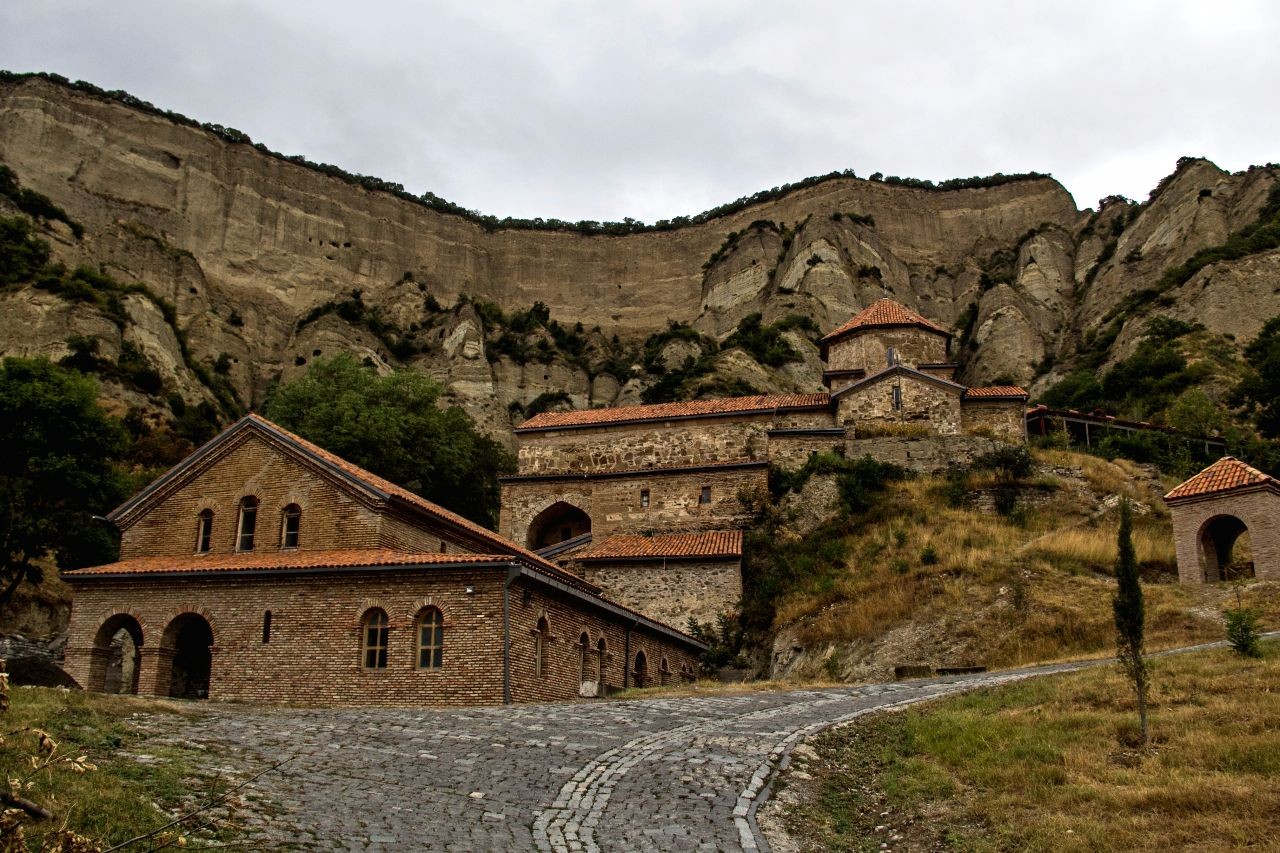 Not far from Svetitskhoveli in the northern part of Mtskheta is another outstanding monument of the 11th century - the Samtavro Monastery. The beginning of Samtavro is associated with the name of the most famous Georgian saint - the Equal-to-the-Apostles Nina. After arriving in Mtskheta, the capital of Georgia at the time, she lived for some time in the house of the royal gardener, but then, not wanting to hamper the hospitable family, St. Nina settled in a bramble bush in which she built a hut and preached to the people of Christ truth and healed the sick.

Even during the lifetime of the Monk Nina, when she had already left Mtskheta, the people went to worship the place where the saint preached. Later, immediately after her death, the King of Georgia Mirian, returning from Bodba, where the remains of the saint died, built a church here (IV century). Four years later, Mirian built the second temple, consecrated in the name of the Transfiguration of the Lord. 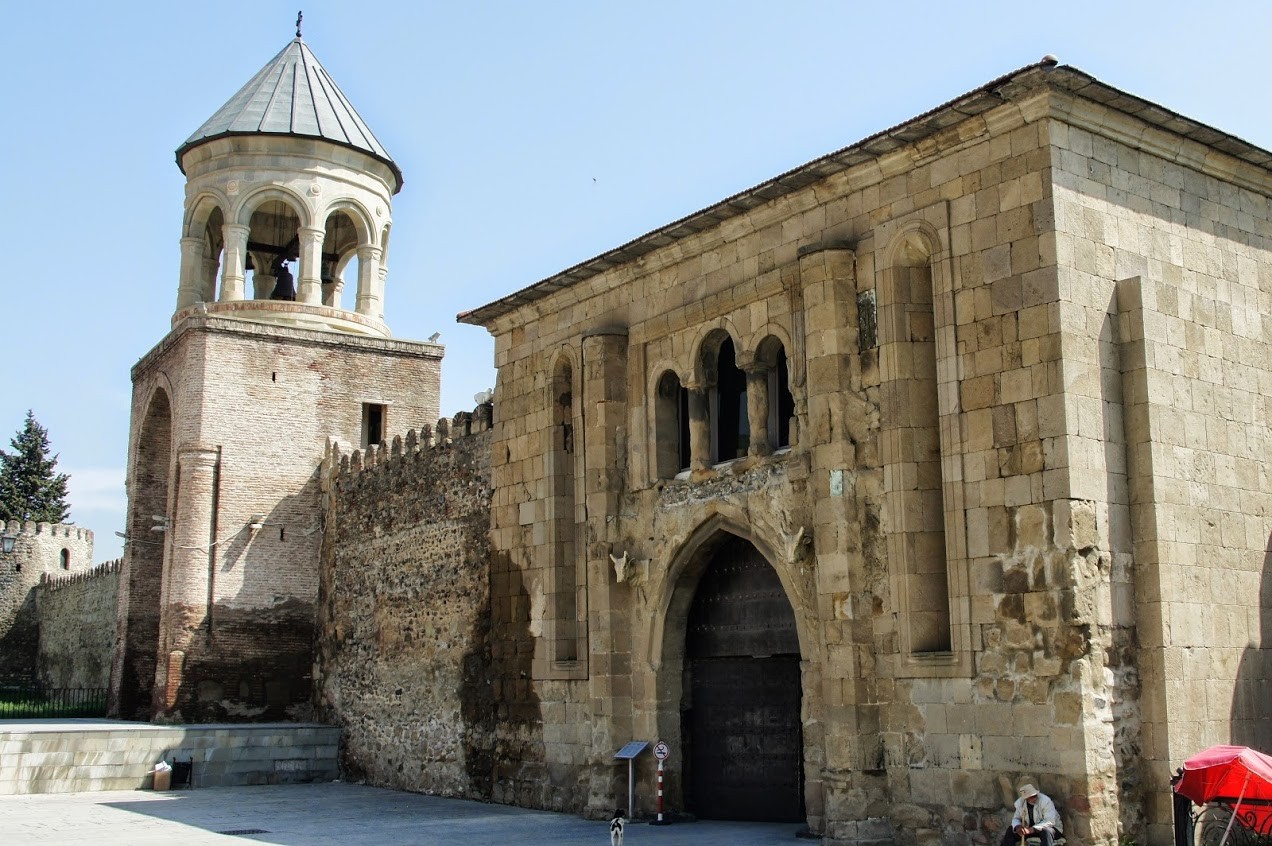