Territorially and historically Svaneti is divided into the Upper and Lower, divided by the Svanets Ridge.

Upper Svaneti was included in the UNESCO World Heritage List.

In administrative terms, the Upper Svaneti is the Mestia district of the Samegrelo-Upper Svaneti region with a center in the city of Tver. Mestia

In administrative terms, Lower Svaneti is the Lentech region of the Racha-Lechkhumi region and Lower Svaneti with the center in the village of Lentekhi. 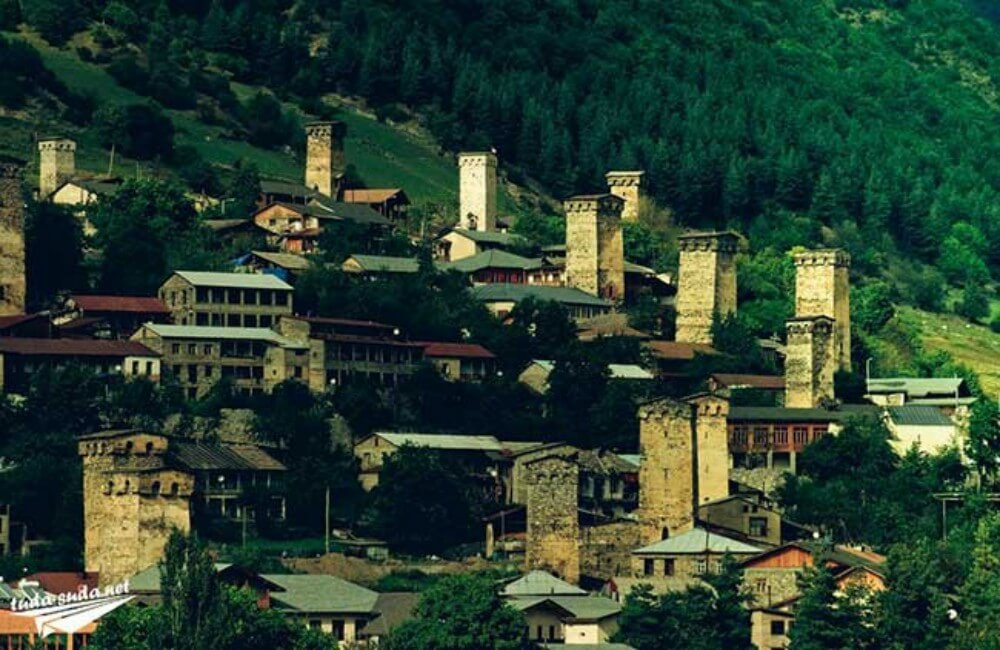 Territorially and historically Svaneti is divided into the Upper and Lower, divided by the Svanets Ridge.
From the north and the east, the Upper Svaneti is bordered by the Main Caucasian Range with the peaks Shkhara, Ushba, Tetnuldi, etc., along which the Georgian-Russian border passes (Kabardino-Balkaria). From the south rises Svanetsky ridge, which adjoins directly to the Main Caucasian ridge and closes Upper Svaneti from the east. 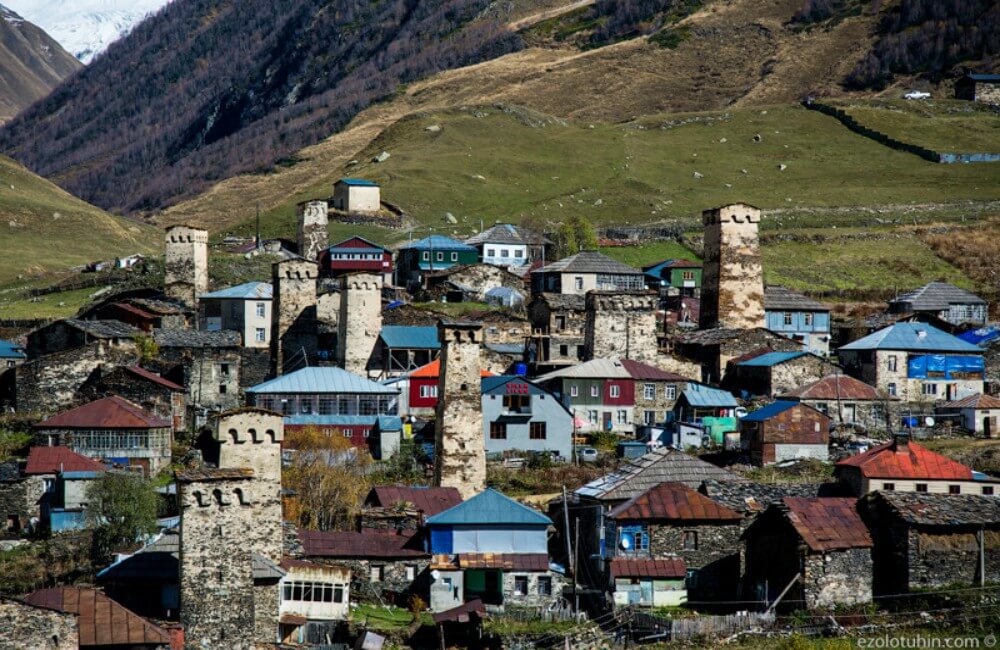 Ushguli (Georgian უშგული) is a Svan community in the Mestia district of Samegrelo-Zemo Svaneti province of the Republic of Georgia, consisting of four villages: Zhibiani, Chvibiani, Chazhashi and Murkmeli.

Being located at an altitude of 2,200 m above sea level, the village of Ushguli is considered one of the most high-mountainous permanent settlements in Europe, according to some definitions of Europe.

In Ushguli live about 70 families (up to 200 people), there is a school. 6 months a year the neighborhood is covered with snow and the road to the regional center of Mestia is often cut.

The architectural ensemble of Ushguli is a valuable architectural and historical monument, thanks in large part to which Upper Svaneti was included in the UNESCO World Heritage List. In the village traditional Svan houses-towers were preserved. On the hill next to the village of Zhibiani is the church of Our Lady (in Svanjska Lamaria), built in the XI century 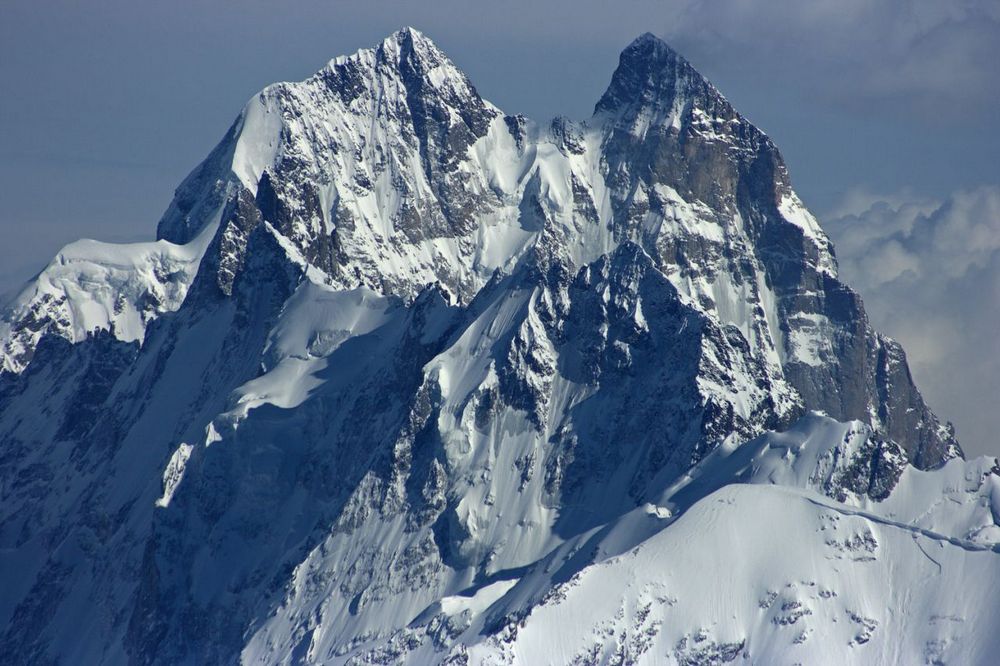 Ushba is one of the peaks of the Greater Caucasus in the Georgian province of Samegrelo-Upper Svanetia (the historical region of Upper Svaneti), 1.5 km south of the border with Russia (Kabardino-Balkaria).

Ushba - from the Svan ear - trouble, unhappiness; ba - mountain. "A mountain bringing misfortune."
The southern peak of Ushba is slightly higher than the northern peak, which has a height of 4690 m. The northern peak was conquered in 1888 by John Garford Cokklin and Ulrich Almer, while the first ascent to the southern peak was made in 1903 by the German-Swiss-Austrian expedition the leadership of B. Rickmer-Rickmers.

The height is 4690 m. The top is two-headed, it is composed of granites. Ushby drain glaciers Gul and Ushbinsky. 10 km south-east of the summit is the regional center of Mestia.

Mount Ushba (4700m) is located at the very end of the Shkheldinskogo gorge, in the northwestern province of Georgia - Svaneti. This mountain range of the Caucasus consists of two peaks - North (4690m) and South (4710m). They are connected by the Ushbinsk jumper or "pipe". This name is given not in vain - even in good weather it is windy. 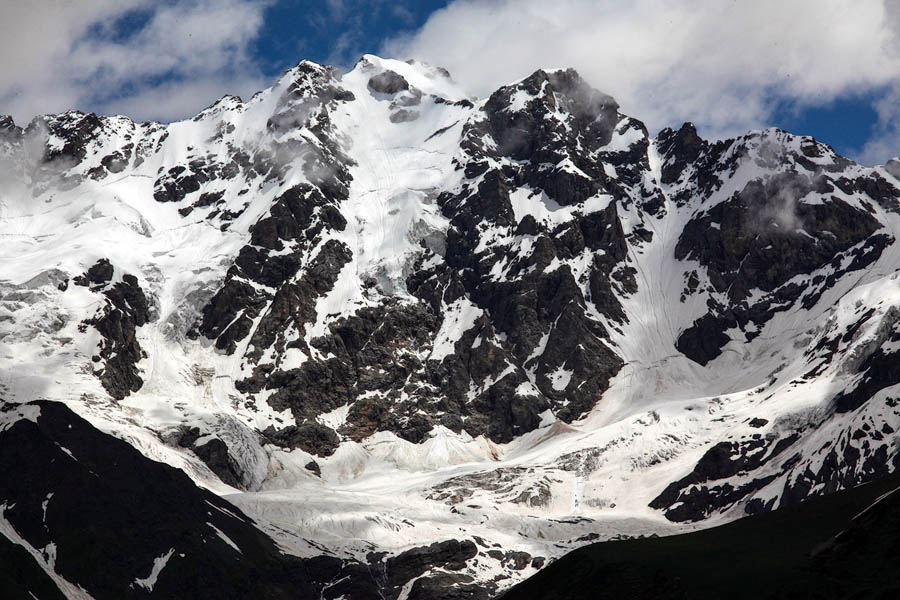 Shkhara is a mountain peak in the central part of the Main Caucasian (Watershed) Range, it is the highest point, also the highest point of Georgia, the third highest peak in the Caucasus and Russia. The height of the main peak is 5203 m. In the Shkhara massif, the western peak is also 5068.8 m high and the eastern peak is 4866.5 m.
It is located in Svaneti from the south and Bezengi district in Kabardino-Balkaria from the north, on the border of Russia and Georgia, about 90 km to the north from the city of Kutaisi. It is part of a unique 13-kilometer mountain range, known as the Bezengi Wall.

At the foot of the southern slopes of Shkhara, at an altitude of 2,200 m above sea level, there is the Ushguli village of the Svaneti region of Mestia, a UNESCO World Heritage Site. 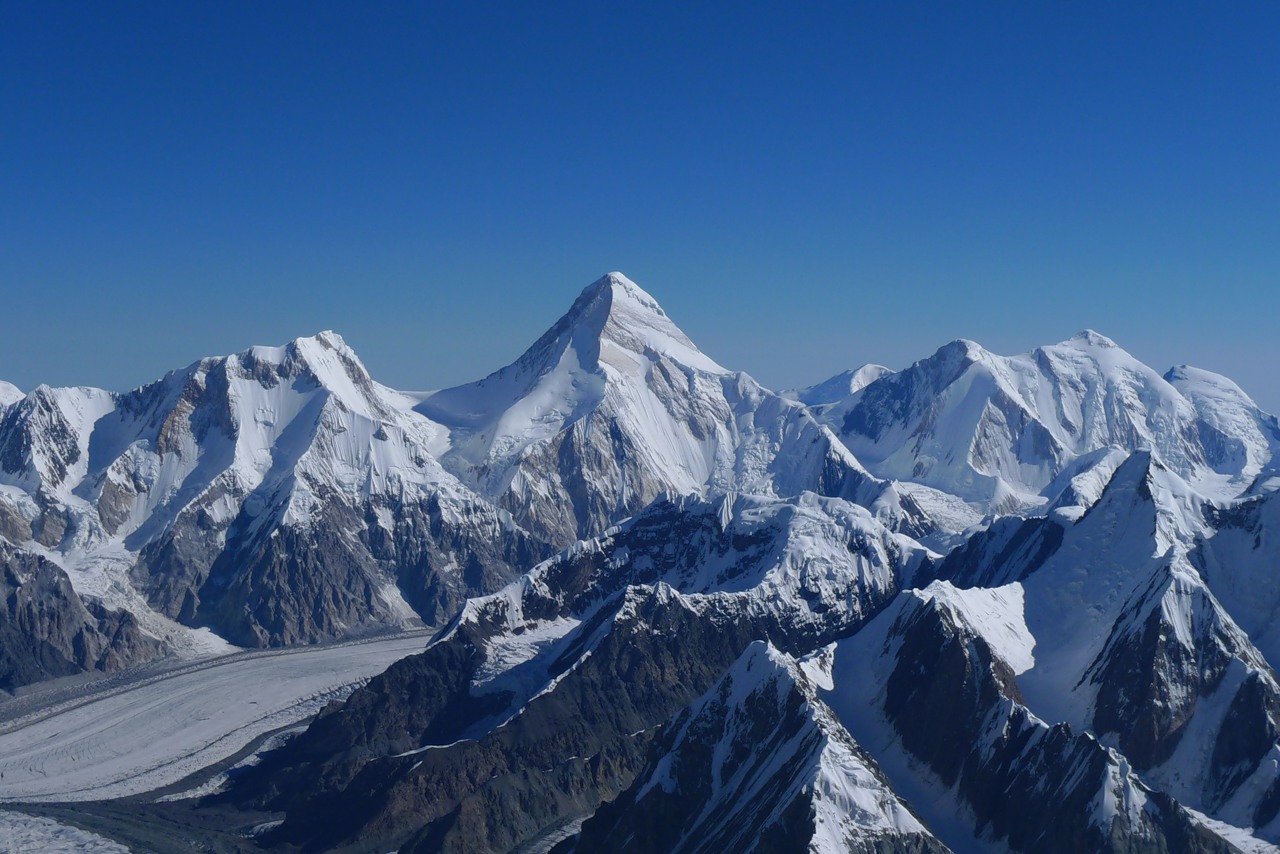 Tetnuldi is the peak in Georgia, the Samegrelo-Zemo Svaneti region, Mestia municipality. Located on the main watershed of the Svaneti Caucasus, at the sources of the Inguri River. Height 4852 m It consists mainly of old crystalline rocks. Above the height of 3000 m is covered with eternal snow. Tetnuldi is the center of glaciation. Its slope passes through the Tsander glacier, Adishi glacier and others.

The peak was first conquered by an expedition led by Alexander Dzhaparidze in 1930.

Tetnuldi is a mini ski resort located in Tetnuldi. Construction of the resort began in May 2014, the first phase of construction was completed in January 2016. The Tetnuldi Ski Area is the longest (9.5 km) in the South Caucasus and has the largest vertical drop (1.7 km).